Soils Report Are Important
When Building A New Home In Colorado 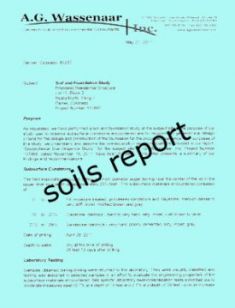 What is a soils report..  and why is it so important when building a home in the Denver area?

Let me give you a bit of history about the typical Colorado "soils report."  About 40 years ago, Denver suburbs began to expand at a rapid rate.  As this happened, there were numerous incidences of distressed foundations reported in many new communities throughout the Denver Metro Area.

During that great expansion around the City of Denver, home builders encountered soils that were no longer sandy and stable - the type they were used to building on, near the rivers and steam beds of the core city.  Instead, home builders found a predominant amount of expansive 'clay soil' in the majority of Denver's suburban areas.  In certain instances, some of the home-sites that were built, were constructed on even more extreme forms of clay soils, called "bentonite."

The result of building on home-sites with expansive clay soils was very distressing for the unsuspecting homeowners who bought those houses.  There were very high incidences of home warranty companies that inevitably went broke, because they could not continue to fund the escalating claims on these homes built on expansive soil home-sites.  When the building industry finally caught-on to the problem of building on expansive clay soils, local construction techniques and practices changed significantly.

During the past few decades, Denver-Area home builders and homeowners have learned a lot about Colorado soils conditions.  The "soils report" has become a very important aspect of the building process.  With it, Colorado home builders better understand the nature of the soil composition that lies directly beneath each home-site.  Every home-site, in turn, has a unique soils report prepared for the houses to be constructed.

A soils report typically has three important sections, as shown below:

Although the soils report describes a lot of technical details, it's still pretty straightforward for most home buyers to understand.  Every home usually requires at least one soils boring and lab analysis, before the report is prepared.  Here's a sample of what a typical soils report looks like.

As you can imagine, today's Colorado home-builder really appreciates and understands the soils beneath every house they build.  Denver-area builders go out of their way to make sure new homeowners are aware of the importance of keeping water away from the foundation when landscaping.  Most houses require 'decorative rock' to be installed around the perimeter of the foundations, which helps to keep the underlying soils dry, and this helps to prevent expansion.  Colorado home builders are also regulated through much legislation and strict local building ordinances.

Michael Dagner is an expert in new construction practices and new home sales.  Mike has built many hundreds of properties throughout Denver-Area, and along the Colorado Front Range.  If you need assistance building or buying a new home anywhere in the Denver area, please give Mike a call (303) 514-4000.  Stay tuned for parts 2 & 3 about Colorado's expansive soils, coming soon!

The Builder Contract | Things You Ought To Know 80201 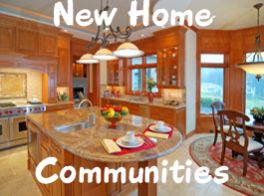