Average mortgage rates dropped during the past 10 days, after two consecutive weeks of increases. 30-year fixed-rate conventional mortgages averaged 4.15%, down from 4.30%. Just a year ago, the 30-year fixed rate mortgage was hovering at 3.7%.

This marks the greatest week-over-week decline for the 30-year mortgage rate so far this year, which is in stark contrast to the steady climb we've witnessed since last year's election.

The 'temporary pull-back' in mortgage interest rates feels great, especially for those spring market home buyers! That said, with the prospects of increasing inflation and continued gains in the labor market, it's more likely than not that we'll continue to see a few more rate increases coming from The Fed later this year. 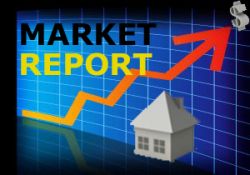