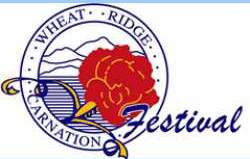 About Wheat Ridge & It's Neighborhoods

Wheat Ridge is a small western suburb immediately west of Denver, which borders Denver, Golden, and Lakewood. Wheat Ridge is a centrally located, and is a very popular suburb among many of Denver’s ‘west-siders’.

In its early years, Wheat Ridge was a farming and agricultural community. During its heyday, Wheat Ridge became one of the largest producers of carnations worldwide. To this day, Wheat Ridge reveres its history through its annual hosting of the Carnation Festival during the month of August. The parade route travels down 38th Avenue adjacent to one of the oldest and largest community Granges ever organized in the state.

Today, Wheat Ridge is hangs on to much of its original character as seen by its quaint bungalows and brick tudors (the sort you'd find in Denver's Highlands - just minutes to the east). Its communities are heavily populated by large ranch style homes with generous sized lots as typified within the neighborhood of Applewood.

In truth though, Wheat Ridge has a diverse selection of homes that continue to evolve with the community, like upscale homes found in the communities of Paramount, Bel-Aire, or Applewood Preserve.

Homes In Wheat Ridge For Sale

Zip codes for Homes In Wheat Ridge neighborhoods are: 80033

If You'd Like More Information About Homes In Wheat Ridge,
Just Call or Email: