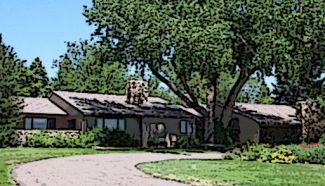 About Bow Mar - And It's Neighborhoods

Bow Mar is a relatively small enclave of a few hundred homes situated on the boundaries of Jefferson and Arapahoe Counties, and just south of the southwest tip of Denver.

The Town of Bow Mar is primarily residential and known for its large one-story homes that reflect a Frank Lloyd Wright style of architecture.  The vast majority of residences were constructed on very large lots, and some small acreages.

Bow Mar's birth began around the 1950s as Denver’s population began to expand onto adjacent ranch lands, which marked the beginning of Denver’s suburban sprawl.  Bow Mar Lake is a small and private lake that serves the Bow Mar community, and which residents use for neighborhood gatherings and recreation.  Today, Bow Mar is located just minutes from popular shopping destinations in Southwestern Jefferson County, and its closest neighboring city, Littleton.

If you are interested in living in Bow Mar, take a look at the many excellent homes in Bow Mar, below.

Homes In Bow Mar For Sale

You can modify the location and features to your liking

Zip codes for Homes In Bow Mar neighborhoods are: 80123

If You'd Like More Information About Homes In Bow Mar,
Just Call or Email: