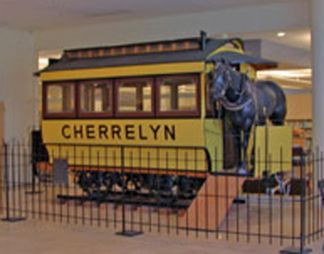 About Englewood & It's Neighborhoods

Englewood is centrally located along the southern edge of the City of Denver. Englewood has a rich and colorful history and is one of Denver's oldest suburbs.

In the late 1800s, the Cherrelyn Horsecar Trolley was established in what is now the City of Englewood.  The trolley is of important historical significance and marks Englewood’s early beginnings. Just four decades ago, the largest shopping mall west of the Mississippi opened its doors in Englewood. The new shopping district was known as “Cinderella City”, and it immediately gained nationwide acclaim and fame. Today, the Cinderella City site has been entirely and newly redeveloped as Englewood City Center.

As Englewood prospered over the years, the city became a hub for two of Denver’s most prominent healthcare providers. Swedish Medical Center and Craig Hospital are recognized as two of the finest medical facilities in Colorado, offering level 1 trauma care, and a nationally acclaimed rehabilitation complex.

Despite the development and expansion that has occurred opposite all around its borders, the City of Englewood has held onto much of its original character. To this day, Englewood offers residents housing choices that preserve the many bungalows and cottages that line street, upon street, throughout its neighborhoods.

Homes In Englewood For Sale

View some of the teriffic homes in Englewood for sale

If You'd Like More Information About Homes In Englewood,
Just Call or Email: