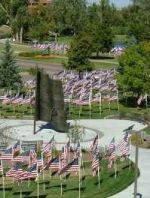 About Northglenn & It's Neighborhoods

Northglenn is just 10 miles north of downtown Denver and immediately adjacent to the Cities of Thornton and Westminster. Northglenn has quick and easy access to major thoroughfares such as I-25 and I-76.

When the city was originally developed, Northglenn was envisioned as one of the twentieth century's best master-planned cities. In its developmental years during the late 1950s and early 60s, Northglenn was named as the "Most Perfectly Planned Community in America" by Life magazine and the National Association of Homebuilders. Today, Northglenn offers its residents a 550-acre park system, and has received “America's Crown Community Award” by American City and County Magazine. It has been recognized nationally for its incredible re-design of its largest city park, and has also been named Tree City USA, 11 times.

The new FasTracks’ north metro line will connect Northglenn to a metro-wide mass-transit system with 119 miles of light rail and commuter rail systems throughout the Denver area. Northglenn’s modestly sized community provides its residents with home prices that today are among the most reasonably priced in the north side of the Denver metro area.

Homes In Northglenn For Sale

View these Northglenn homes for sale

If You'd Like More Information About Homes In Northglenn,
Just Call or Email: