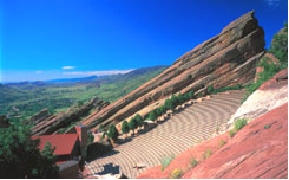 About Morrison & It's Neighborhoods

Morrison is situated on the west side of the “Hogback” rock formation embedded into Denver’s south-central foothills. The natural separation from Morrison neighboring suburbs makes it feel like somewhat of a remote mountain town.

In spite of the topography, Morrison is less than just a few minutes from the rest of the metro area. Locals know Morrison for its location at the base of Red Rocks Amphitheatre, the world renowned outdoor concert venue. Morrison is a destination for more than concert goers though. It is a fantastic starting point for exploring the numerous trails that run through the Jefferson County open space and parks system.

Morrison also possesses some of the most interesting geographic features, including fantastic dinosaur finds that are displayed at the Morrison Natural History Museum and Dinosaur Ridge. On your way to a concert venue at Red Rocks, go early and hike, bike, or horseback ride on the area's trails, then stop off for a fantastic lunch overlooking Bear Creek, and take in the atmosphere.

As far as Morrison real estate goes, it has several neighborhood subdivisions within its boundaries, but most of its housing choices offer the same sort of mountain flair that you'd find in nearby Conifer and Evergreen. If you are interested in living in Morrison, take a look at the many excellent homes in Morrison, below.

Homes In Morrison For Sale

View some of the teriffic homes in Morrison for sale

Zip codes for Homes In Morrison neighborhoods are: 80465

If You'd Like More Information About Homes In Morrison,
Just Call or Email: