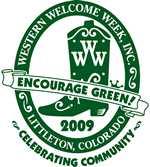 About Littleton & Its Neighborhoods

Littleton is one of the metro area’s oldest suburbs, and was already well established by the beginning of the last century.  Littleton is centrally located just south of the city of Denver, and is probably the most central of Denver’s southern suburbs.

Littleton's popularity and real growth spurt begin in the 1940's and continued for decades until just about 20 years ago until it became landlocked by neighboring suburbs.  Today, Littleton offers residents some of the most affordable home prices combined with a genuine hometown lifestyle, that’s to be found in the Denver metro area.

Downtown Littleton is the hub of the Denver area’s south-southwest light rail line, and was the first route ever built in the entire metro area.  In August each year, Littleton celebrates its heritage with the annual “Western Welcome Week” celebration, which has been a tradition for almost a hundred years.

Homes In Littleton For Sale

View these Littleton homes for sale

If You'd Like More Information About Homes In Littleton,
Just Call or Email: