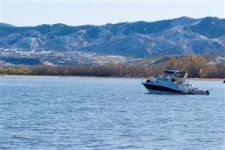 About Jefferson County South - & It's Neighborhoods

Jefferson County South is a very popular place to live among locals, and it encompasses neighborhoods such as Grant Ranch, Ken Caryl Ranch, the North Ranch, Columbine, and Governors Ranch. Yes, that’s a whole lotta ranches, but it all was ranch land before the homebuilders moved-in back in the 1970s.

Confusing for some about this part of Jefferson County, is the fact that this southwest geographic corner of the metro area uses a postal address of “Littleton”, but it’s not anywhere within the City of Littleton. Many of the neighborhoods in this southwest corner metro Denver have retained a rural feel, but that’s by design rather than by the oversight of the developers.  The residents of South Jeffco like it that way.

The major shopping district in the area is the Southwest Plaza regional mall. Schools are within the Jefferson County School District, the largest school district in Colorado. Lockheed Martin Astronautics is one of the largest employers in the region and is located in both Deer Creek and Waterton Canyons. Chatfield State Park and Dam is the metro area’s largest reservoir, and is divided between Jefferson and Douglas Counties. Chatfield offers tremendous recreational opportunities, and provides residents with boating, horseback riding, camping, hot air ballooning, model airplane strips, and more.

If You'd Like More Information About Homes In Jefferson County South,
Just Call or Email: