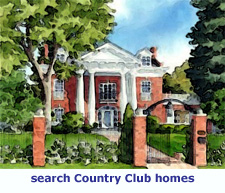 The Country Club Historic District begins north of the Denver Country Club at 1st Avenue. Established in the early 1900s, the area known today as Country Club attracted nearly every famous architect in the region, many of whom chose to build their own homes there. Architecturally fascinating mansions and grand houses designed for Denver's social and political elite define the 380-home Denver neighborhood. Before long, masterpieces were built which would forever distinguish this area as a neighborhood of uncommon opulence. Denver Country Club itself, located to the south of the area, was designed with the clubhouse at its center, complete with exquisite entertainment and dining rooms, and a golf course rich in beauty.  Search homes in Country Club.  Search all Denver homes. 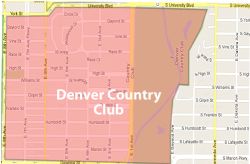 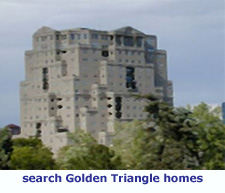 The Civic Center (Golden Triangle) neighborhood lies immediately south of downtown Denver's 'Civic Center' and is one of the most important, historic, and vibrant of all Denver neighborhoods. It is one of the oldest neighborhoods, with many single family Victorian homes and bungalows built in the late 19th and early 20th centuries. Starting in the 1990s, perhaps as the result of the new central library, the neighborhood began its transformation into a functional and vibrant multi-use neighborhood. New condominium and loft developments came into the area, and many of the old buildings were transformed into restaurants, art galleries, and small offices.  Today, the Golden Triangle is still undergoing many transformations.  Search homes in Golden Triangle.  Search all Denver homes. 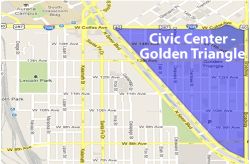 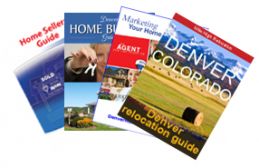